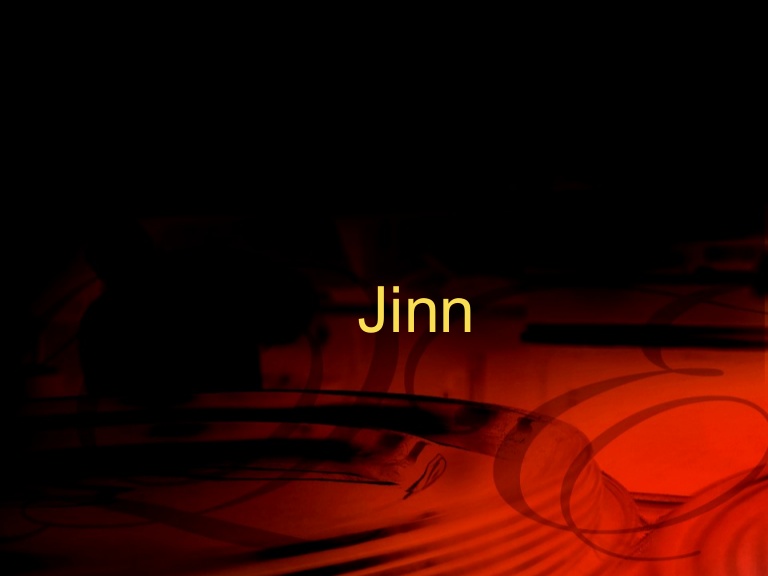 Contents [Show] ﷽
In the Name of Allah, the Most Gracious, the Most Merciful
Jinn (singular: jinnī, or genie) are creatures of Allāh who were created from fire.

Even though they are created from fire, the wrongdoer amongst them will also be thrown into Hell-fire. Some people think that jinn will be punished with punishment of ice, this is wrong and have no basis. Fire will burn them just as it will burn humans in it. And Allāh is able to do all things.

Note the word used in flame of fire which implies they are not fiery or hot. As, we the human beings cannot remove dust from our bodies, even though we are created from clay

It was narrated from `Ayesha that the Messenger of Allāh was praying, then the Shaytaan came to him and he seized him, threw him to the ground and strangled him. The Messenger of Allāh said: “Until I felt the coolness of his tongue on my hand. Were it not for the prayer of my brother Sulaymaan, he would have been tied up this morning so that the people could see him.” an-Nasaa`i 4

We also know that they were created before human beings from various places in Qur’ān including story of creation of Adam . But following verse will suffice:

What Are Jinn Not?
We cannot use our intellect to talk about knowledge of unseen. We can only rely on authentic sources. People claim jinn to be many other things, we have discussed what jinn are, let’s see what jinn are not

Jinns Are Not Spirits of Dead
No soul, once leave body, comes back. This is known through many texts including Qur’ān itself

It was narrated from Abu Hurairah that the Prophet said:

“When the believer is dying, the angels of mercy come to him with white silk and sya: ‘Come out content and with the pleasure of Allāh upon you to the mercy of Allāh, fragrance and a Lord Who is not angry; So it comes out like the best fragrance of musk. They pass him from one to another until they bring him to the gate of heaven, where they say: ‘; How good is this fragrance that has come to you from the Earth! Then the souls of the believers come to him and they rejoice more over him than any one of you rejoices when his absent loved one comes to him. They ask him: ‘What happened to so-and-so, what happened to so-and-so?’ They say: ‘Let him be, for he was in the hardship of the world. When he says, ‘Did he not come here?’ They say: ‘He was taken to the pit (of Hell).’ Come out discontent, subject of Divine wrath, to the punishment of Allāh, the Mighty and Sublime; So it comes out like the foulest stench of a corpse. They bring him to the gates of the Earth, where they say: ‘How foul is this stench!’ Then they bring him to the souls of the disbelievers.” – an-Nasa’i 7

The above hadīth proves that people in al-barzakh are not aware of anything that is happening in the world and they do not come to the world. No soul, once they leave body, comes back. They are in al-barzakh and will remain there until resurrected again.

Yes! They Can Harm Us, But…
Everything happens with the decree of Allāh and we are certain that nothing can harm us if Allāh has not willed

With that said, keep following points in your mind:

Just as humans can harm other humans, jinn can also harm human; e.g, by throwing stones at him or even by killing him etc.
Shaykh Ibn ‘Uthaymeen said:

“Undoubtedly the jinn can have a harmful effect on humans, and they could even kill them. They may harm a person by throwing stones at him, or by trying to terrify him, and other things that are proven in the sunnah (prophetic teachings) or indicated by real events. It was reported that the Messenger gave permission to one of his companions to go to his wife during one of the military campaigns – I think it was the campaign of al-Khandaq – as he was a young man who had recently got married. When he reached his house, he found his wife standing at the door, and he objected to that. She said to him, ‘Go inside,’ so he went inside and found a snake curled up on the bed. He had a spear with him, so he stabbed it with the spear until it died, and at the same instant as the snake died the man also died. It was not known which of them died first, the snake or the man. When the Prophet heard of that, he forbade killing the harmless kinds of snakes that are found in houses, apart from those which are maimed or are streaked and malignant. 9

We may also seek help against the jinn by remembering Allāh (dhikr) and reciting Qur’ān, especially Aayat al-Kursi 10. The Prophet said: “Whoever recites it Allāh will appoint a guard for you who will stay with you and no satan will come near you till morning” 11 12. And al-Mu’awwidhatayn (the last two soorahs of the Qur’an) may also be recited. – See more at https://islamqa.info/en/10513
Do not fear them and fear Allāh – we have discussed this issue below under ‘Should We Be Scared?’
Iblees Was Not An Angel
It is common misunderstanding that Iblees (may Allāh curse him) was one of the angels who transgressed. Iblees was a pious worshipper of Allāh but he was from jinn

There are some stories behind why was he raised up with angels but we are going to stop where Allāh and His messenger stopped.

لا يَعصونَ اللَّهَ ما أَمَرَهُم وَيَفعَلونَ ما يُؤمَرونَ …
they do not disobey Allāh in what He commands them but do what they are commanded. – Surah At-Taĥrīm 14

The jinn are of three types:

a types that has wings, and they fly through the air;
a type that looks like snakes and dogs;
and a type that stops for a rest then resumes its journey. – al-Tahhaawi 15 & al-Tabaraani 16
Personality
Same as human beings, not all jinn are bad.

That once he was in the, company of the Prophet carrying a water pot for his ablution and for cleaning his private parts. While he was following him carrying it(i.e. the pot), the Prophet said, “Who is this?” He said, “I am Abu Huraira.” The Prophet said, “Bring me stones in order to clean my private parts, and do not bring any bones or animal dung.” Abu Huraira went on narrating: So I brought some stones, carrying them in the corner of my robe till I put them by his side and went away. When he finished, I walked with him and asked, “What about the bone and the animal dung?” He said, “They are of the food of Jinns. The delegate of Jinns of (the city of) Nasibin came to me – and how nice those Jinns were – and asked me for the remains of the human food. I invoked Allāh for them that they would never pass by a bone or animal dung but find food on them.” – al-Bukhari 17

And we know from Qur’ān when group of jinn heard the message of Islaam, they turned to their people, calling them to Islaam

Here the thing being talked about is throne of queen of Sheba which was in Yemen. Ifrit from the jinns claimed to be able to bring it from Yemen to Jerusalem within small duration. Throne is might for the kings and queens, not only it was far, it was heavy and big as we know from ayah

Al-Qurtubi said in his Tafseer: “This ayah (verse) is proof that those people are wrong who deny that epilepsy is caused by the jinn and claim that its causes are only physical, and that the Shaytan does not enter people or cause madness.” 23

A famous hadīth of Prophet Muhammad where he clarified the entering of jinn into human body, he said:

Also it is reported elsewhere:

‘Abd Allaah (son of Imaam Ahmed bin Hanbal ) said: I told my father (Imaam Ahmed) that some people claim that the jinn do not – enter the body of a human. He said, O my son, they are lying, for a jinn may speak with the tongue of a person who is lying on his sick bed. 26

Knowledge of Unseen
Jinns do not have knowledge of unseen, As we can see from hadīth in al-Bukhari 27 that fortune teller uses jinn and he gets told hundred of lies with it.

This is a clear proof and Allāh has told us that jinn do not know unseen. Even Prophet Muhammad did not know the unseen and we have discussed this issue in detail in our post Knowledge of Unseen.

Should We Be Scared?
Allāh said:

There is a famous hadīth of prophet regarding how shaytaan is scared of Umar :

Also we know from Surah al-Jinn that it was actually jinn who used to be scared of human beings until humans started seeking refuge with their strong ones while passing through valleys.

Hence it’s concluded that we should not fear any creature of Allāh . Whenever fear rises, seek refuge with Allāh and continuing making dhikr (remembrance of Allāh) and prescribed du’ā’s

Controlling Jinn
If someone tells you they control jinn, first and fore most we have seen from hadīth above (Sahih Bukhari Vol 1 Book 8 Number 450) that we are not allowed to do it.
But if people claim that they do have jinn that work for them, they are surely in loss in long term because if jinn is working for him – it means one of two things (or both):

They have contract between them (i.e, the person is magician by his will)
This person does not know what jinn is up to. He will lead him astray after working for him for long.
So in any way, controlling jinn is not permitted and not good. They may see temporary “goodness” in it but in long term this will harm them.

NOTE: Controlling group of small / weak jinn is done usually with help of big / strong jinn. So, big jinn will control the magician and magician will gain control over weaker jinn and all of them are in loss.