Which madhab is based on maximum authentic hadith? 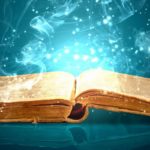 Which madhab is based on maximum authentic hadith?
Published Date: 2016-04-16
Praise be to Allah

Among these imams who are known to have been sincere, of good character and leaders in terms of religious commitment, knowledge, virtue, goodness and righteousness are the four imams and founders of the madhhabs of fiqh (Imam Abu Haneefah, Imam Maalik, Imam ash-Shaafa‘i and Imam Ahmad – may Allah have mercy on them).

All of these mujtahid imams followed the shar‘i texts and what they were keen to teach and propagate was sound Islamic knowledge, according to what each of them had of knowledge and the conclusions to which his reasoning (ijtihad) led him.

As for mistakes concerning some minor issues, such things happened even among the Sahaabah, but the views that are to be followed in sharee‘ah are those for which evidence is established. The evidence may be hidden for some scholars and obvious to others, but this does not undermine their knowledge and good character, for all of them sought and propagated the truth.

Shaykh al-Islam Ibn Taymiyah made some brilliant and useful comments about the legitimate reasons why the imams had view that may have differed from the hadith texts, in his essay: Raf‘ al-Malaam ‘an al-A’immah al-A‘laam:

If the questioner wants to follow one of these imams, adhering to his madhhab and accepting his views, there is nothing wrong with that, on condition that if it becomes clear to him concerning some matter that his imam differed from the Sunnah on the basis of his ijtihad, he should follow the Sunnah and give up the view of his imam.

It is not permissible to believe that it is obligatory to follow one person in everything that he says, except the Prophet (blessings and peace of Allah be upon him).

Shaykh Ibn Baaz (may Allah have mercy on him) was asked about the four paths (Hanbali, Shaafa‘i, Maaliki and Hanafi) – are these paths valid? When did they begin?

The madhhabs of ash-Shafaa‘i and Ahmad ibn Hanbal became well known after that, in the third century and subsequently. They are all following goodness, guidance and truth – may Allah be pleased with them and have mercy on them – and they are scholars of right guidance and of goodness.

But it is not permissible to say that any one of them is infallible and never makes a mistake. Rather each one of them made some mistakes, because some reports of the Sunnah did not reach them, and they based their views on their understanding of the Book of Allah, may He be glorified and exalted. Some of them may have missed out on learning some matters of knowledge and some matters of the Sunnah. This is something that is well-known to have affected them and others, such as al-Awzaa‘i, Is-haaq ibn Raahawayh, Sufyaan ath-Thawri, Sufyaan ibn ‘Uyaynah, Wakee‘ ibn al-Jarraah and other well-known imams.

Each of them may have missed out on some knowledge, because none of them knew the entire Sunnah or acquired all knowledge. They may have missed out on some things, but they are imams and leading scholars of guidance, and they had followers who organised and codified their madhhabs, collected their opinions and fatwas, and wrote books concerning that, until these madhhabs became widespread and became well-known because of their followers who wrote and compiled books on their views, and compiled the views of these four imams and the fatwas they issued concerning various issues. Some of them may have made mistakes because the Sunnah regarding some issues did not reach them, so they issued fatwas based on their own ijtihad and mistakes may have occurred as a result of that, whilst the hadith may have reached others, who knew the hadith and issued fatwas based on what is correct. This happened to each one of them, regarding various issues, may Allah have mercy on them. Hence Maalik (may Allah have mercy on him) said: There is no one among us but his view may be accepted or rejected, except the occupant of this grave – meaning the Messenger of Allah (blessings and peace of Allah be upon him).

With regard to choosing a specific madhhab, in the case of seekers of knowledge, seekers of knowledge should not imitate anyone, but if a person attributes himself to one of the madhhabs, because he feels at ease with its guidelines (of deriving rulings) and principles, there is nothing wrong with that. But he should not imitate ash-Shafaa‘i, Ahmad, Maalik or Abu Haneefah, or anyone else; rather he should learn from the sources from which they learned, and he should examine the evidence, and whatever evidence he thinks is more correct regarding controversial issues, he should adopt it.

End quote from the shaykh’s website on the following link:

With regard to which of the madhhabs is most closely based on the saheeh hadith and reports, it is the Hanbalis, as is the view of more than one of the scholars.

Ibn Taymiyah (may Allah have mercy on him) said in Majmoo‘ al-Fataawa (4/186): The Hanbalis followed in the footsteps of the salaf (scholars of early generations) and followed their path, unlike others. End quote

Shaykh al-Albaani (may Allah have mercy on him) said: My aim is to help the seekers of knowledge and fiqh in general, and the Hanbalis among them in particular, who – as far as I know – are the closest of people to the Sunnah, to travel with us on the path of academic independence which is known nowadays as comparative fiqh.