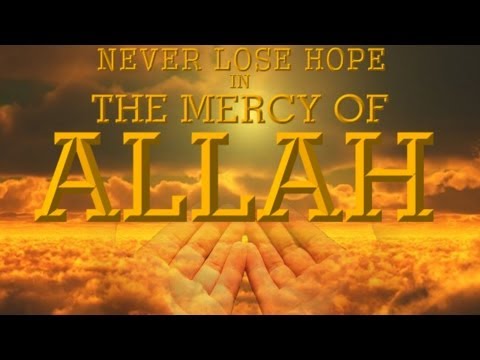 The journey of life can be like a roller coaster. We often experience extreme conditions which create despondency and hopelessness. The Messenger of Allah (peace be upon him) is reported to have said: “Verily, if Allah loves a people, He makes them go through trials. Whoever is satisfied, for him is contentment, and whoever is angry upon him is wrath.” (Hadith-Tirmidhi)

Problems are to the mind what exercise is to the muscles; they toughen and make you strong. The only survivor of a shipwreck was washed up on a small, uninhabited island. He prayed feverishly for Allah to rescue him, and every day he scanned the horizon for help, but none seemed forthcoming.

He nevertheless remained hopeful of Allah’s help and continued his praying every day. Exhausted, he eventually managed to build a little hut out of driftwood to protect him from the elements and to store his few possessions. But then one day, after scavenging for food, he arrived home to find his little hut in flames, the smoke rolling up to the sky.

The “worst” had happened; everything was lost. He was stunned with grief.

“Allah, how could this happen to me!” he cried.

Early the next day, just before Fajr Salaah (early morning prayer) he was awakened by the sound of a ship that was approaching the island. It had come to rescue him.

“How did you know I was here?” the man asked the sailors on the ship.

“We saw your smoke signal,” they replied.

It is easy to get discouraged when things are going badly. But we shouldn’t lose heart, because Allah is at work in our lives, even in the midst of pain and suffering.

Allah Ta’ala says “Verily, with hardship there is relief” (Qur’an 94:6) and “And whosoever puts his trust in Allah, then He will suffice him”. ( Qur’an 65:3) Remember, next time your little hut is burning to the ground–it just may be a smoke signal that summons The Grace and help of Allah!